10.01.19 Our 'spellbinding' challenge books have arrived in class. To have a look at the ten book titles, which are in the challenge, click on the document below:

This was a fabulous day filled with magical fun and exciting activities. The day began with the children receiving their Hogwarts acceptance letters from Professor McGonagall - just to make sure no Muggles were present. Then they completed a 'Forbidden Forest' puzzle to make sure they had magical ability.

Then they used their artistic talents to create beautiful Hogwarts Calendars

The children were challenged to build, in their Hogwarts house teams, a freestanding Hogwarts Astronomy Tower - using only balloons and selotape.

Here are the 4 finished towers

The children were challenged to build Aragog's spiders web that might go in the Forbidden Forest. They could only use a packet of dental floss to achieve this goal.

The final team challenge was called, 'Harry Potter the Egg that Lived!'

For their final team challege the children had to design a magical contraption to protect a raw egg during a high fall.

They were all dropped from the same height 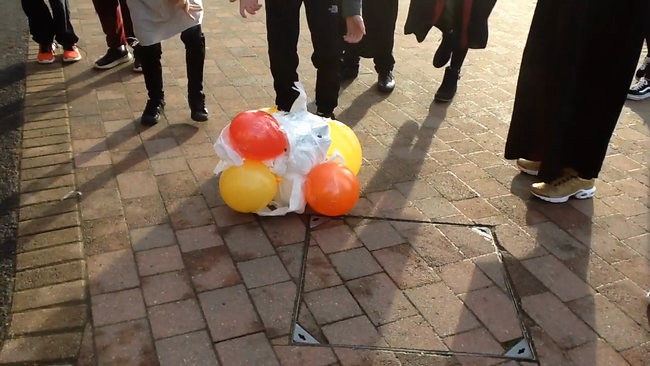 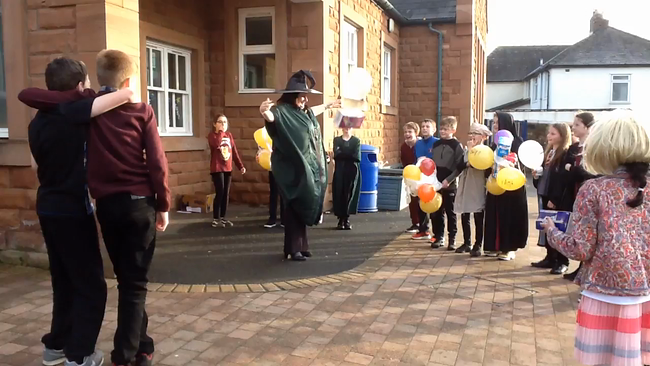 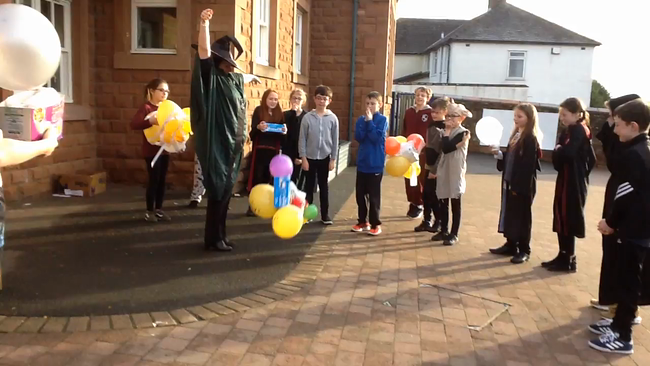 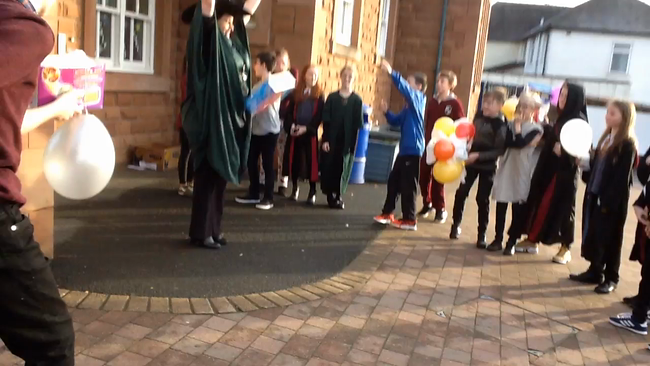 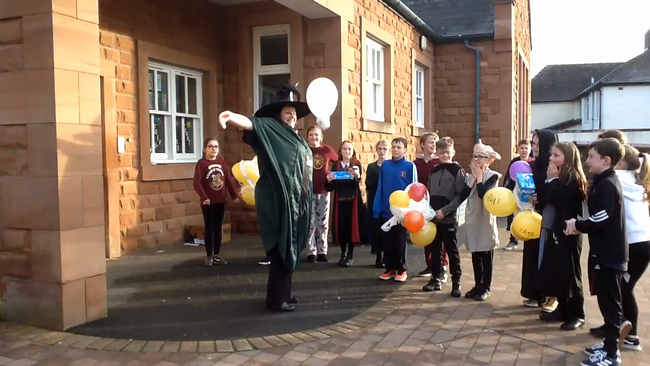 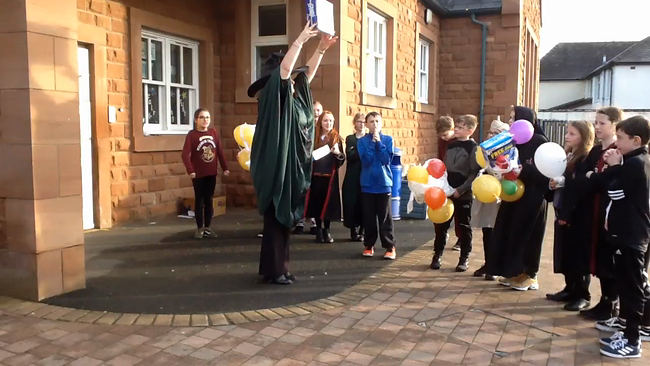 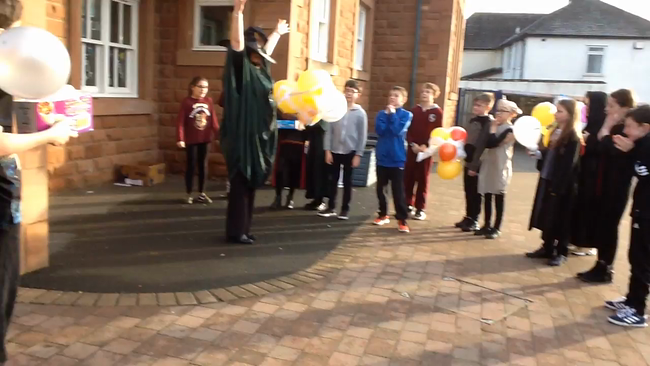 Some eggs survived the fall, others didn't.

The children enjoyed making their own wands

Here are some of their finished wands

Finally, the children made Golden Snitch Baubles to take home for Christmas.

07.11.18 Having more fun with electrical components - learning how to construct a set of traffic lights in a circuit

First of all, the children learnt how to construct a basic traffic light which included a red and green light: 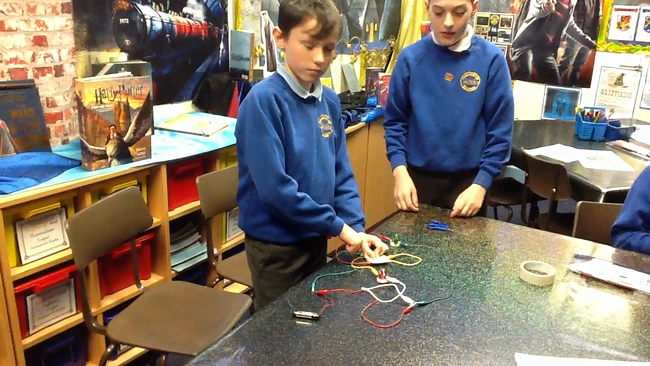 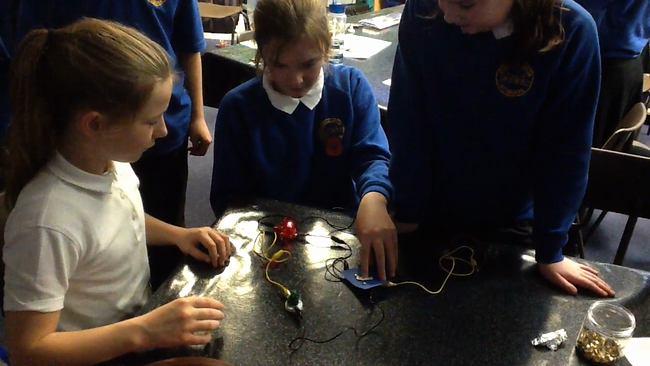 Then they were challenged to see if they could work out how to add the third (amber) light into the circuit: 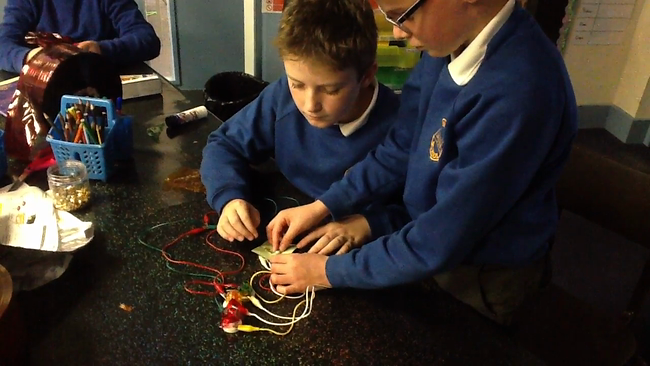 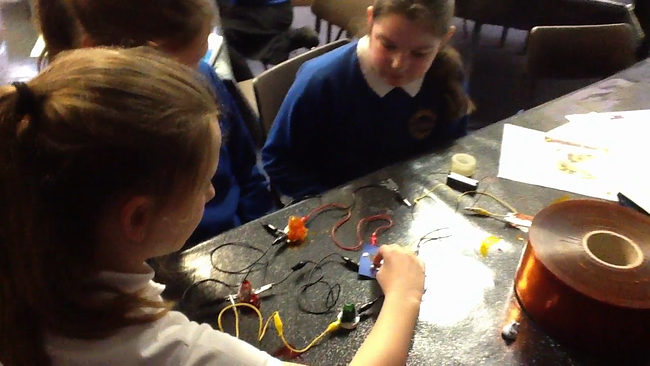 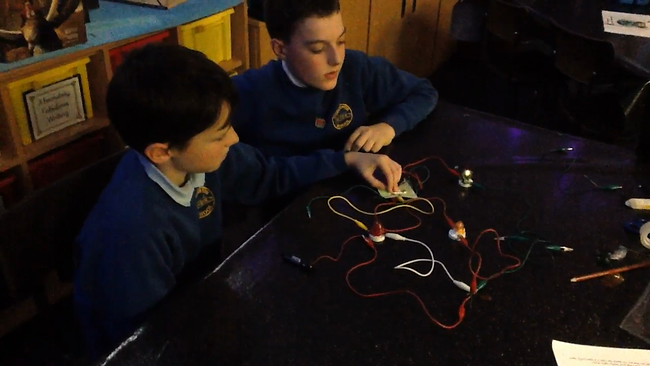 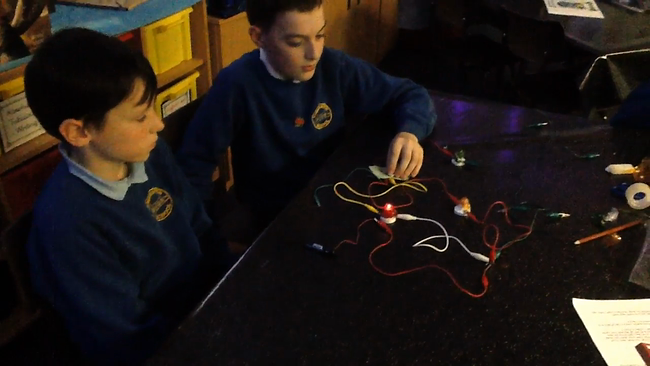 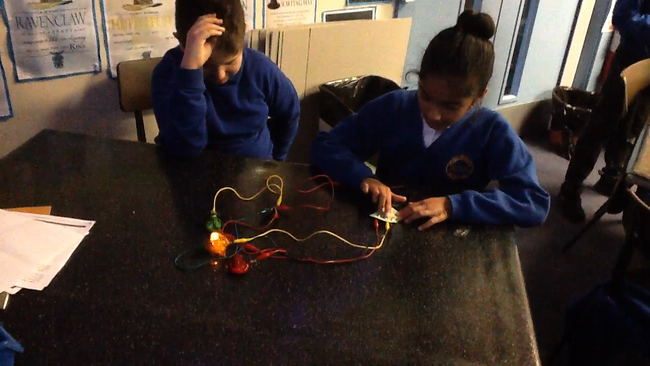 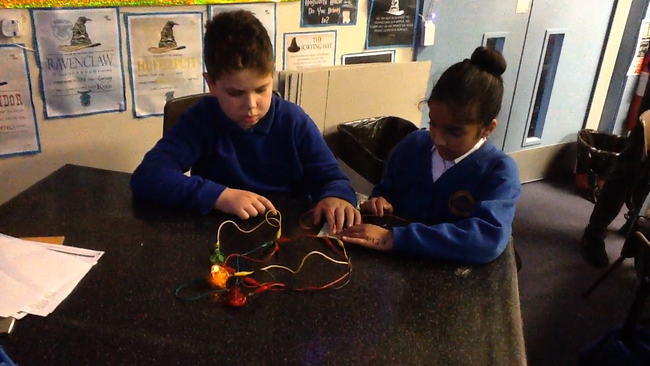 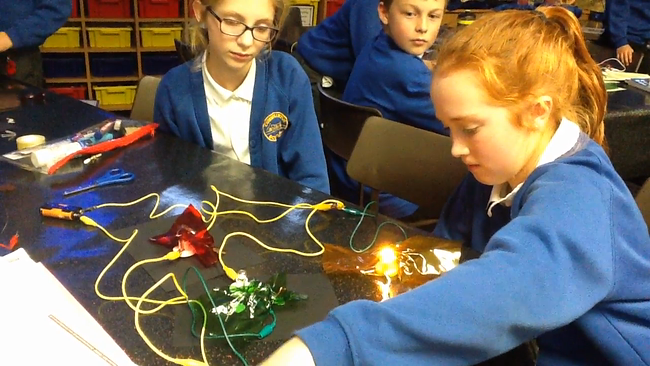 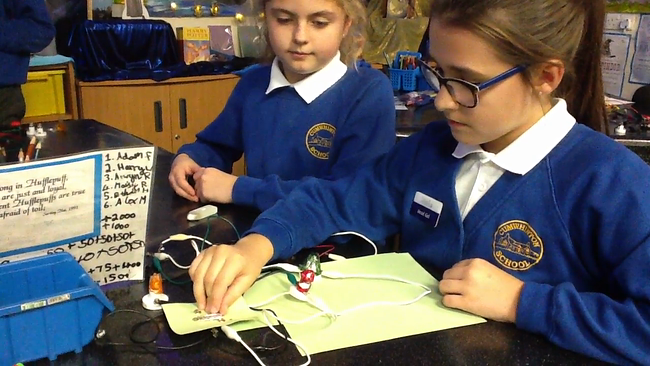 To start with the children made burglar alarms where a light would go off in the event of an object being taken. Then they tried swapping the light for a buzzer. Here's a video of them all demonstrating how their alarms work: 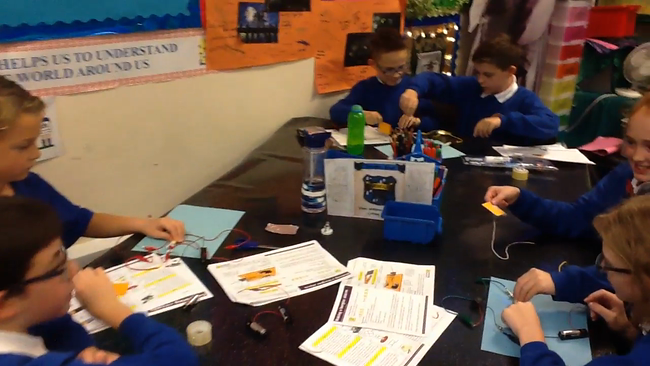 The children came into school today  to find that their classroom was in total darkness. Miss Astell had been in the day before and blacked out the whole classroom and all the light switches and sockets had been taped over with 'out of order' signs on them!!!!!!!!The children all got  to have a look inside the classroom as it was - it was impossible to see even your own hand in front of your face as it was so dark!!!!!!!

We began the day then in the staffroom discussing ways we might be able to still use our classroom for learning. The children thought of many ideas, and eventually decided to go and persuade Mrs Mitchell to let them use all the school's batteries/cells to build enough circuits with bulbs inn, in order to produce enough light so that we could safely use our classroom.

Their first challenge then was to work out how to light an electric light bulb in a circuit:

Once inside  the classroom the children worked through a series of electrical challenges. Learning how the number of cells, direction of the cells and the number of electric lightbulbs included effected the brightness of the bulbs.

Their next challenge was to discover what happens when the lenght of the wire in a circuit is changed.

After having a lot of fun experimenting with and learning a lot about electrical circuits we moved on to learning all about light. their first experiment was to discover how light travels. Through this they all learnt that light travels in straight lines.

Te children were then given a series of challenges to work  through: changing the direction of light travel; reading things written under their tables and behind them using mirrors and torches. This was great fun!!!

Our final experiment of the day was to discover what happens to a shadow when an opaque object is moved closer to a light source.

working out with an Olympic athlete

Experiencing what it is like to play wheelchair basketball

Having fun writing and editing spooky poems in class

We love our Harry Potter Classroom