Having fun, playing water games, at the Year 6 leaver's sleepover.

All of the photographs from our residential have now been added - what a lot of fun we all had.

Having fun on the first evening at YHA Wilderhope Manor

Day three- a glorious day at Blackpool. Being brave - stepping out onto the Blackpool Tower Eye.

During June the children were set the task of working in teams, to carry out a variety of outdoor mathematical investigations, involving calculating measurements, areas and perimeters around our school grounds. 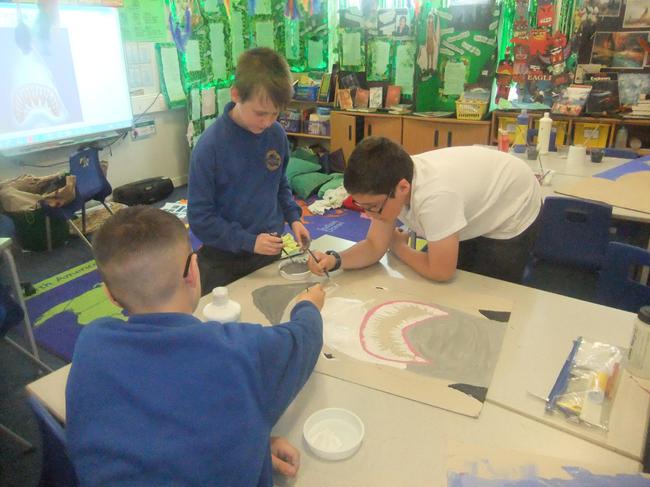 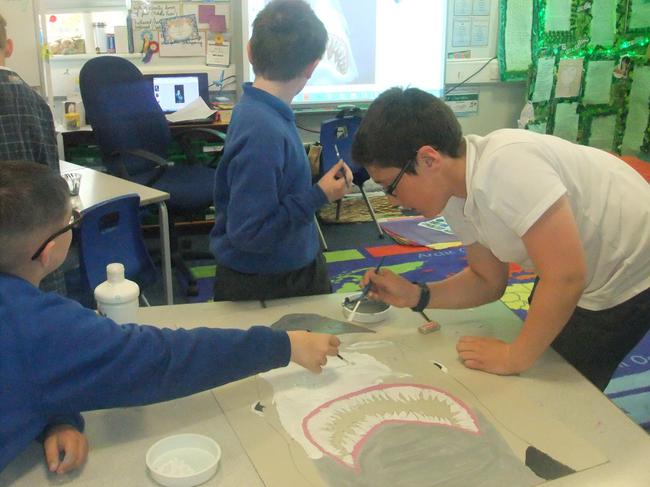 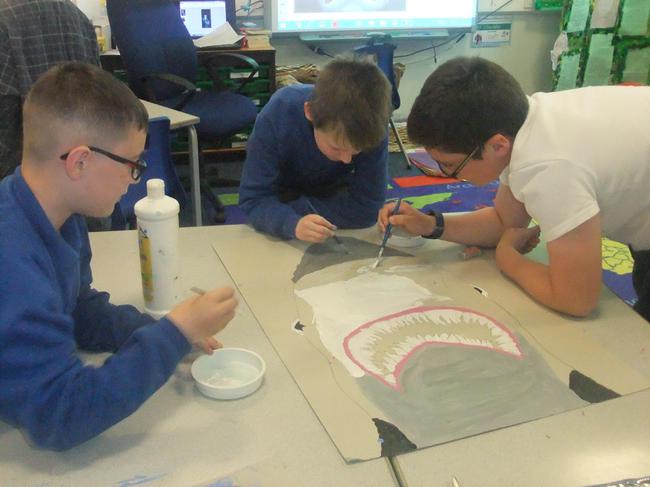 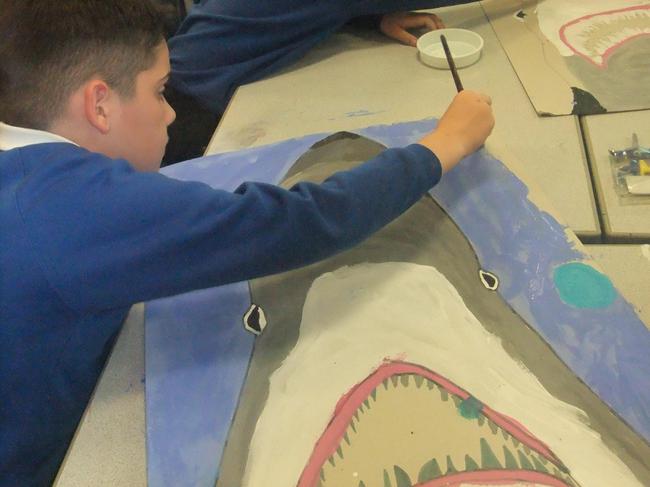 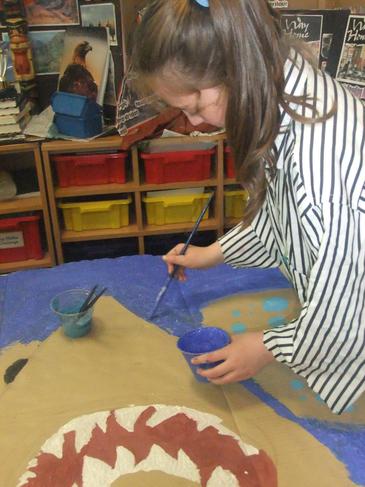 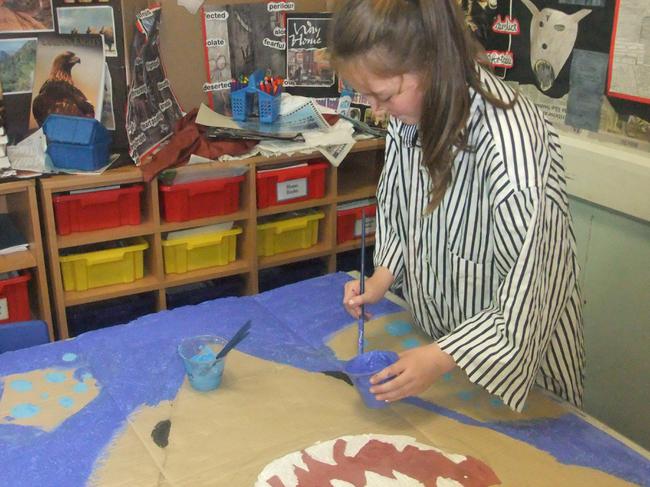 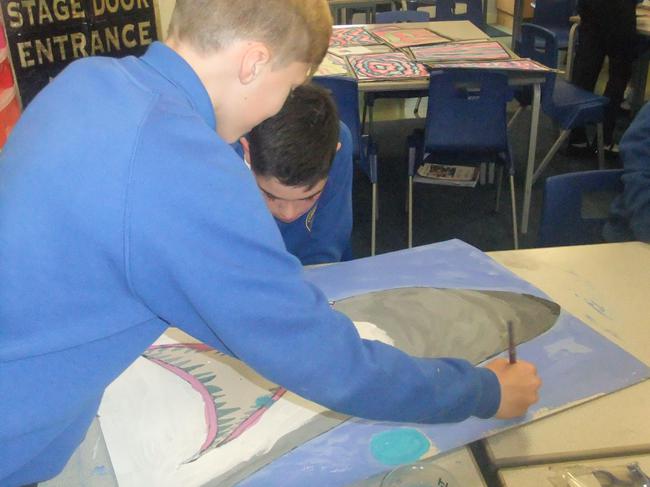 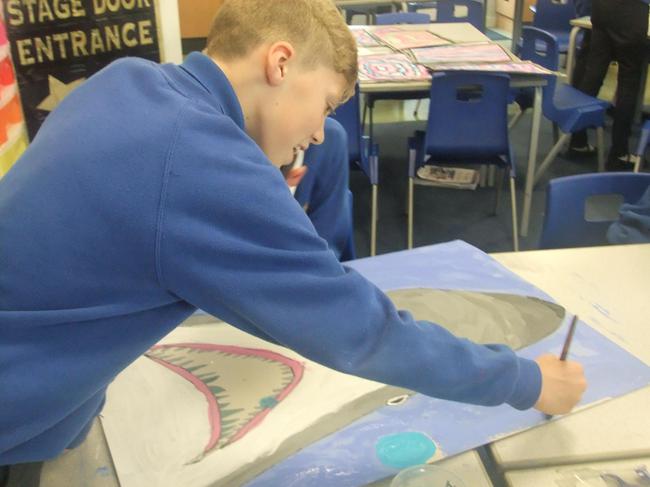 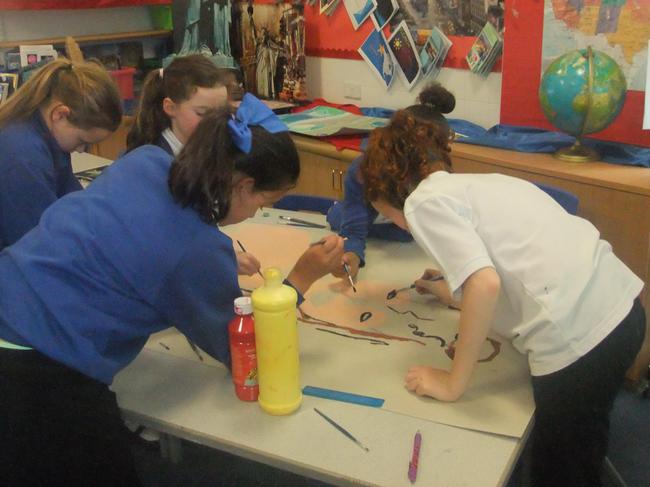 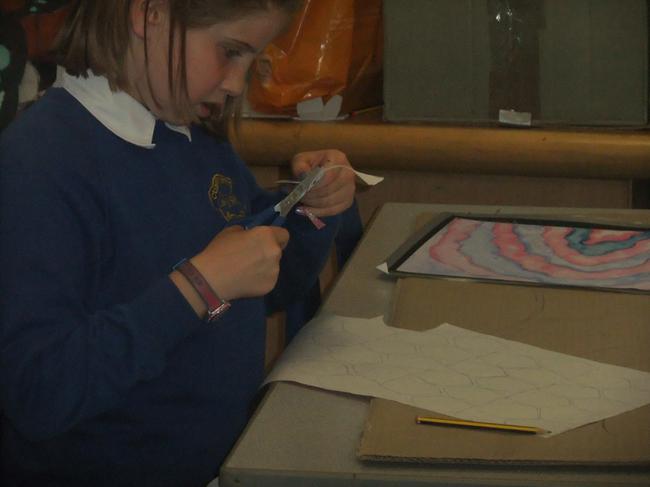 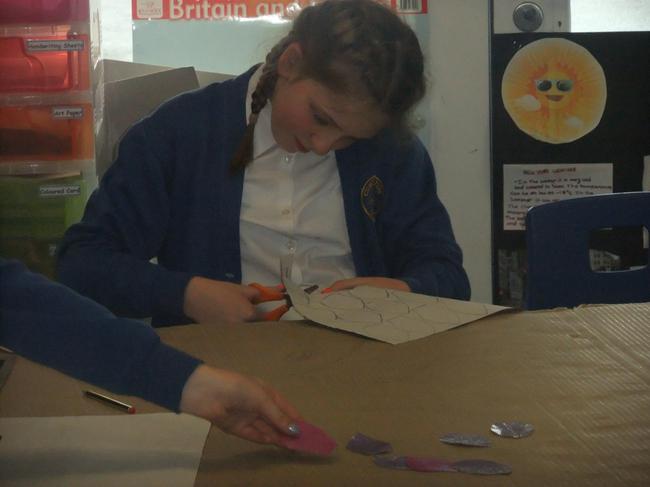 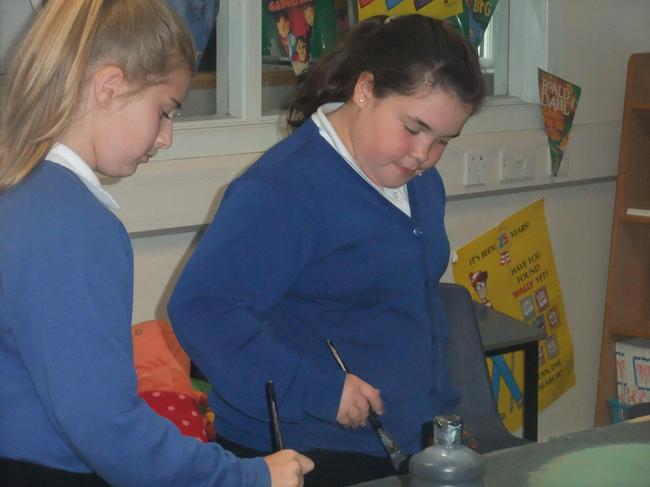 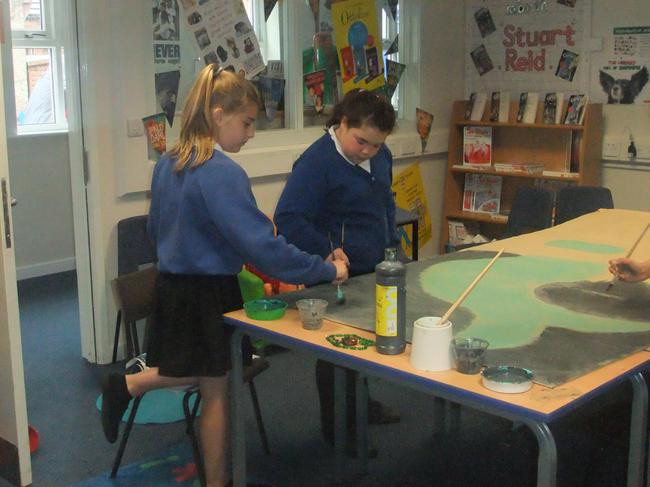 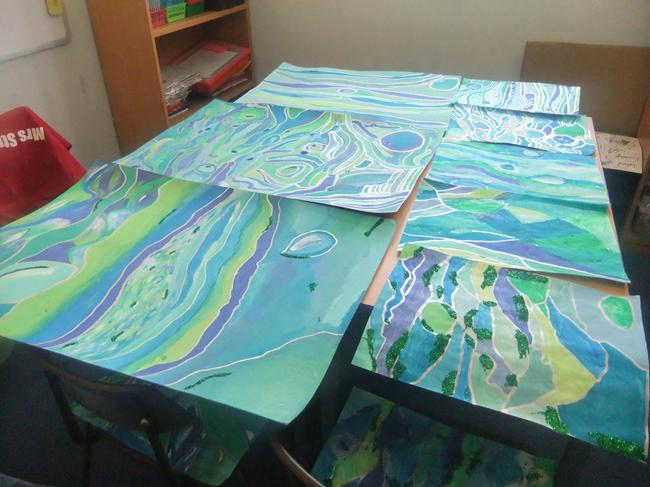 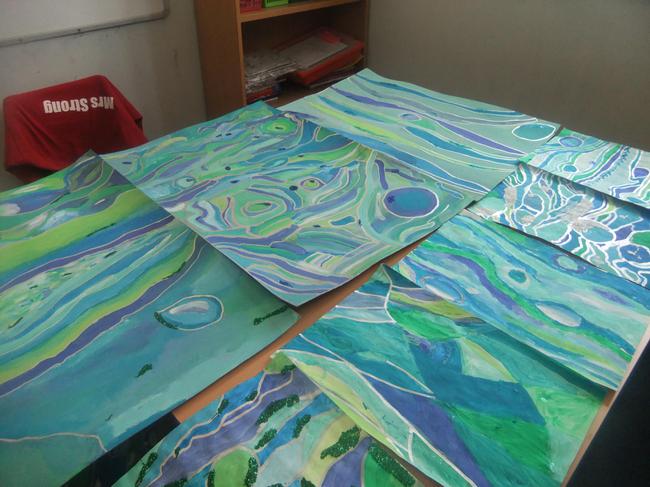 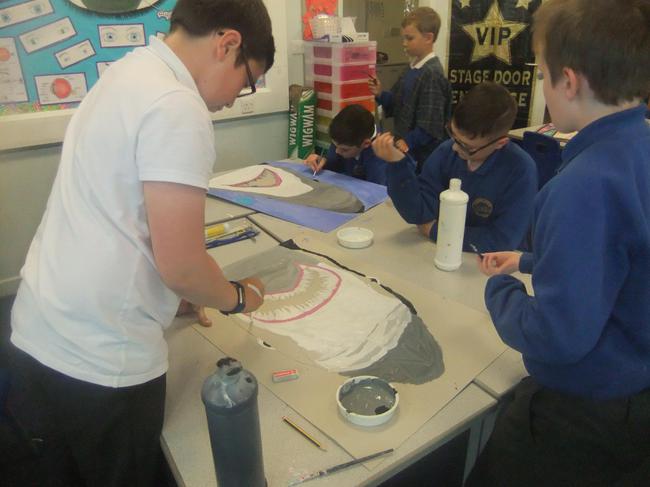 Everyone dressed up to enjoy the theme day.

Having fun preparing our American feast.

The children have now all finally presented all of their U.S.A. presentations. It has been really impressive to see how hard they have worked and what a lot of wonderful, creative ideas they have had.

We're reading Wolf Brother by Michelle Paver in class at the moment. It's the first in her series of books entitled: 'The Chronicles of Ancient Darkness.'It's a fast paced, exciting adventure, set in the ancient times of hunter gatherers and tells the story of one boys heroic quest, with a wolf cub guide, to save the forest. The children are really enjoying this story and have written some fabulous writing inspired by this text.

During the Spring term the children have been learning about the United States of America - from its Native American origins to modern times. In particular this term the children have enjoyed finding out: how it was discovered; how Native Americans lived and about New York landmarks. The children have each designed and written a leaflet advertising New York. For this, they had to be skilled at: using persuasive language; the imperative tone; catch phrases and organising the text for the best impact on the reader.

This term we have been reading 'Way Home' by Libby Hathorn. This text was used to inspire the children to produce some wonderful poems, descriptive writing and artwork, some of which can be seen below. 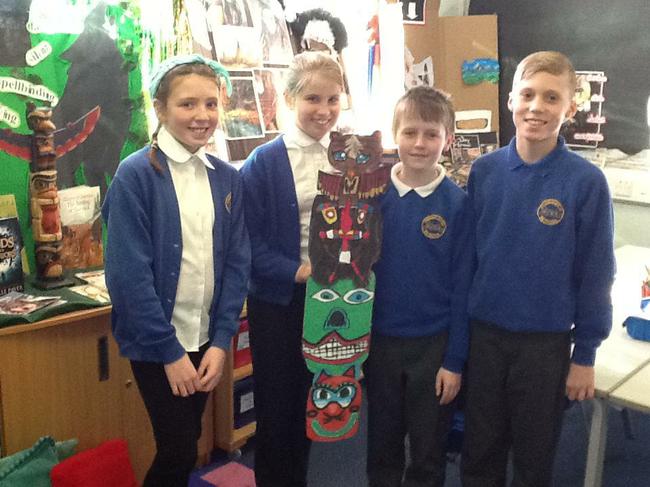 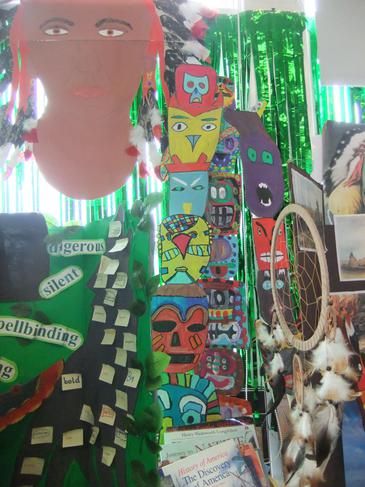 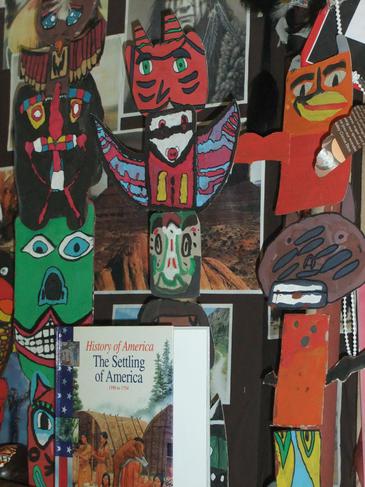 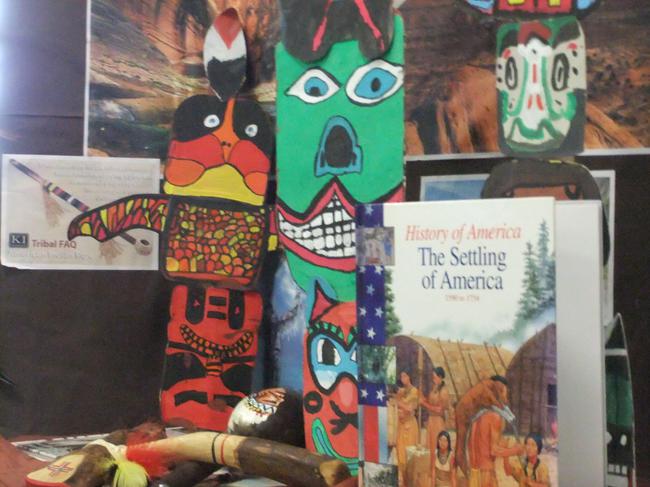 The children have been working very hard, in teams, to make group totem poles, in the style of those made by Native Americans. Here are some of their totem poles and one group looking very proud of their finished design.

Having fun with maths

Light & How We See Things

This Spring term in science the children have been learning about light, how it travels and helps us to see things. They've learnt that light scatters off objects and can be reflect off shiny surfaces. They've learnt how rainbows are formed and the relationship between the angle of incidence and reflection. They've also learnt about the function of the different parts of the human eye. The children have also been developing their sketching and drawing techniques and produced wonderful drawings of eyes.

More pictures of the children presenting their project work in front of the class. The effort put into the projects, by all the children, has been amazing!

The children have been working very hard at home on their USA state projects and have now started to present their work to the rest of the class. It has been wonderful to see how much they have discovered about their chosen states and it is going to be a very difficult job selecting prize winners. I will add further pictures of the children presenting their work as they do so in class. It's going to take a few weeks to get through them all as there are so many wonderful projects to show.

The children have been learning how to develop their drafting and redrafting skills a lot this year in order to improve the quality of their writing. 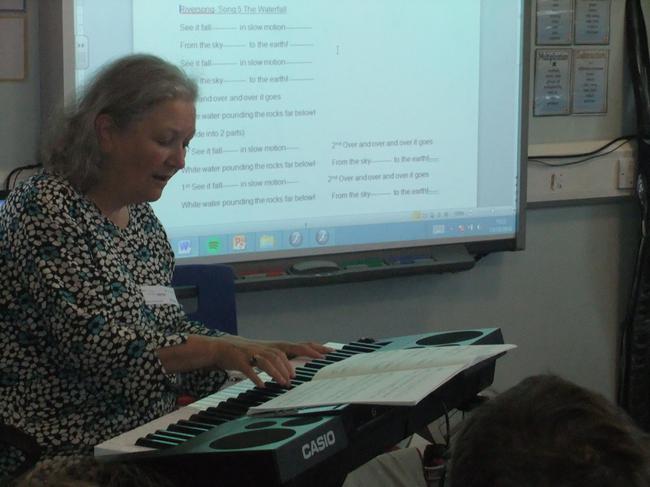 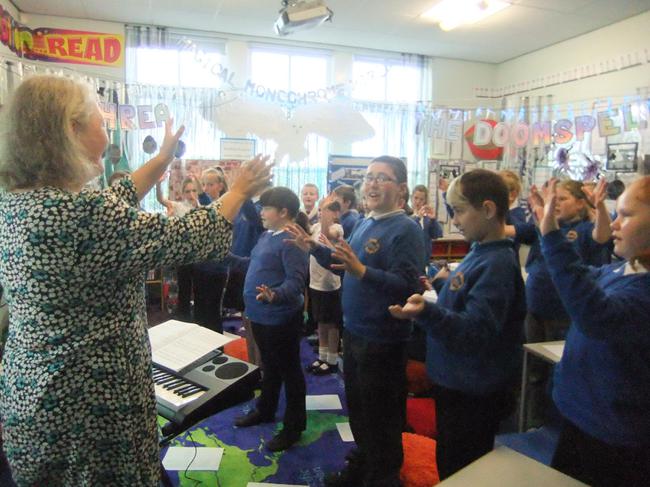 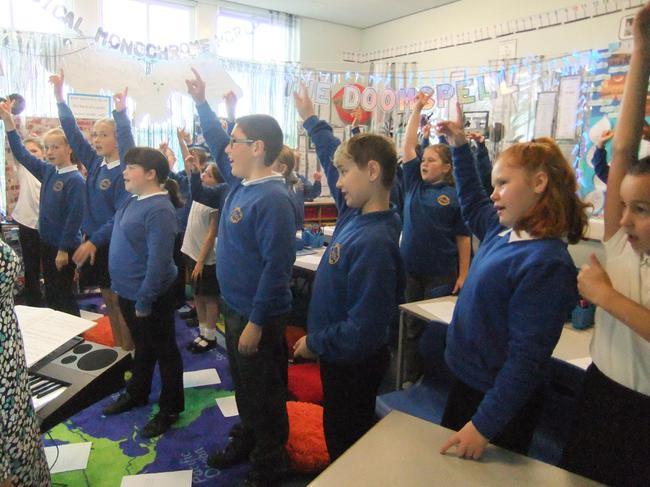 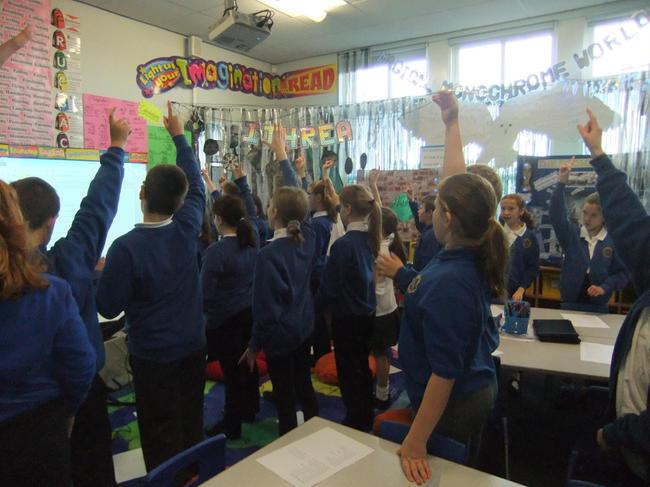 Year 6 had an exciting black out, science day. The classroom was completely blacked out and the children were challenged to think of ways to light up the classroom. The children spent an exciting, fun filled day, learning about electrical circuits and light.

Having fun in the first week of Year 6. Working on team challenges - to build the tallest newspaper 'Eye Towers' possible, that could stand on their own for 5 minutes.